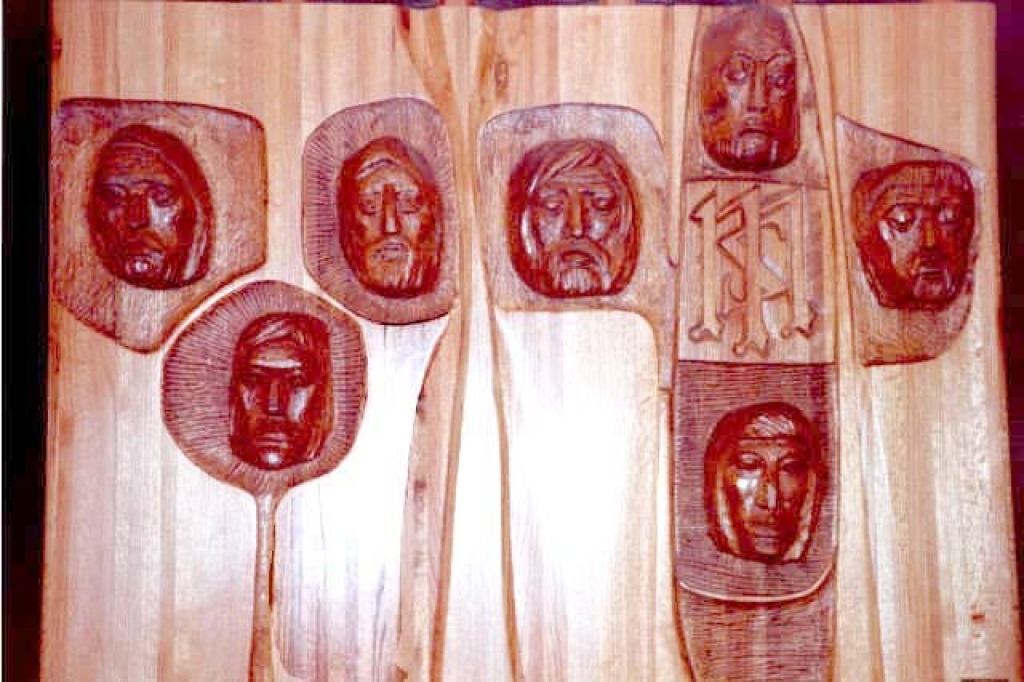 The Servite Order
Toward the middle of the thirteenth century seven Florentine merchants formed a penitential community just outside Florence. Aware of their unworthiness before God, they dedicated themselves as Servants of the Holy Virgin so that she might be with them as they stood before their Lord. To escape the distractions of urban life and civil discord they withdrew to Mount Senario, some twelve miles distant. In its solitude they laid the foundation of the Order of Servants of Mary. Their example attracted many followers and soon foundations were made in Italy and Germany, and later in many other countries. These Seven (Alexis, Amadeus, Bonficius, Bonajunta, Hugh, Mannettus, and Sostene) whom our Lady guided to found an Order dedicated to her service were canonized in 1888 as the Seven Holy Founders.

From this example of prayerfulness joined to an active ministry spread a movement which includes eleven canonized saints, many blessed whose cult is approved by Rome, and innumerable holy men and women of many countries and times. While the devotion of Servites has always been directed to the Mother of their Lord in all the aspects of her life, in time it began to be focused more specifically on the sorrows she experienced in her life. The black habit of the Servites was itself looked upon as a sign of the sorrow Mary suffered at the Cross of her Son.

At the present time Servites are present on all continents: priests and brothers, cloistered nuns and active sisters, members of the Servite Secular Institute, Servite Third Order, and Confraternity of Our Lady of Sorrows.